My AccountPay Your BillBecome a customer

The Propane Plus Story 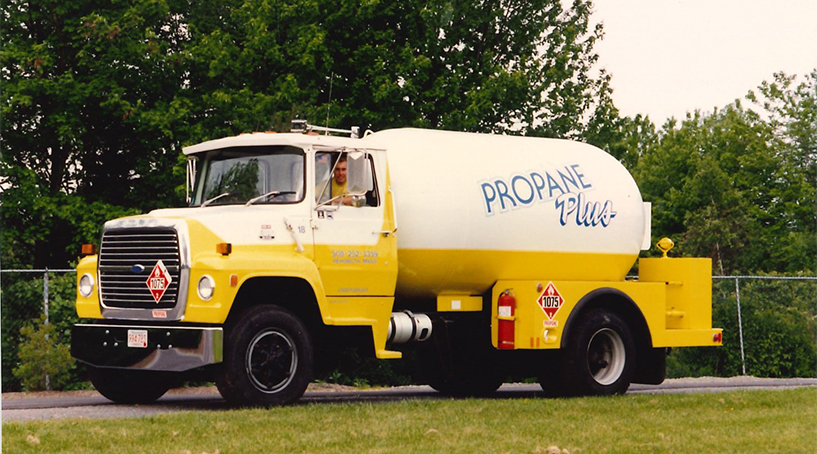 Tim driving the delivery truck, the first one, built from scrap lying around Lin's Propane Trucks (1990)

It’s All in the Family

Some people are born into farming families, tilling the land or raising livestock. Some are born into families that own the local hardware or grocery store. Tim Johnson, a Dighton native, was born into the propane business. He’s been serving families and companies across the region ever since.

Now, Propane Plus isn’t a business that was handed down from father to son. Yes, Tim grew up working at the propane company owned by his dad, Lin. But everything changed around 1985, when Lin decided it was time to retire—or so they all thought. While Tim was in college, Lin sold his propane business. But that wasn’t the end of the story, not by a long shot.

As it turned out, Lin had an exceptional ability, and a hankering, to build the industry’s finest propane delivery trucks. So, he ditched his retirement plans and launched Lin’s Propane Trucks. And Tim went to work for his father again.

But, the truck building business wasn’t exactly Tim’s cup of tea. He grew restless, and after a few years, he decided to launch a propane company of his own in Rehoboth MA. Tim worked at Lin’s during the day, and if a customer showed up looking for propane, Tim changed his shirt and went from the back to the front of the shop. He gave his first delivery truck a high number, so nobody would know it was his only one. (Hey, just because you aren’t big doesn’t mean you can’t act like it.) 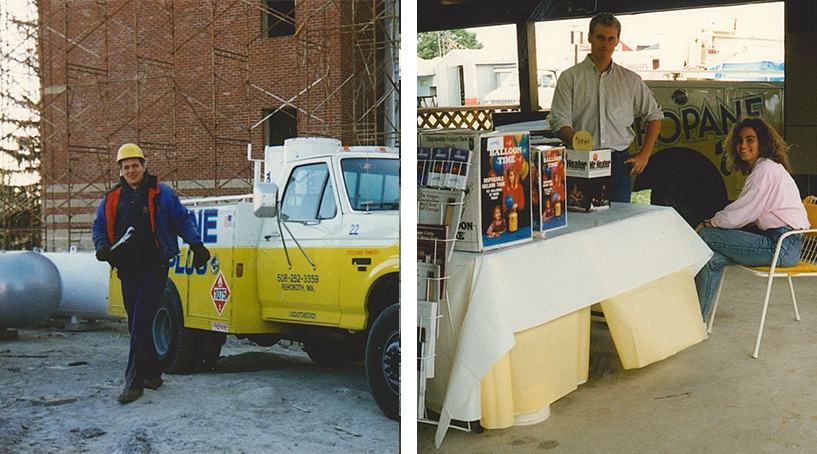 Today, 30 years later, Propane Plus has two locations and thousands of customers throughout Southeastern Massachusetts and Rhode Island. How did Tim and his team get here? Like Tim’s dad, they never settled for less than the highest quality equipment and training. They worked tirelessly to make customers happy. And, even as the business grew and grew, they never stopped being a hometown company.

Now it looks like a third generation might take up the torch. Tim’s sons, Nick and Dan, have both driven delivery trucks and accompanied staff on service calls. You might even see Nick delivering fuel over his Christmas break from college. It’s possible that one of Tim’s sons may inherit the business someday, and maybe Tim will go quietly into retirement...or not. 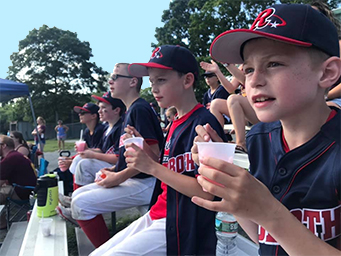 Giving back to the community

When you’re a customer of Propane Plus, you’re not just supporting a local business—you’re supporting your local community. Here are a few local organizations we're committed to.

Copyright © 2021 Propane Plus. All rights reserved.